Can I buy XGSLab and then have training in-house to learn how to use it?
Yes, you can. We provide courses on site on demand or Video Conferences.
Furthermore you can count on a complete and clear User’s Guide with some very useful tutorial.

Is there a demo version?
According to our experience a web presentation is more effective than a demo in showing XGSLab features in a short time.
You can arrange a web presentation contacting our Customer Service.
By the way, you can require also a demo contacting us via email at this address: sales@xgslab.com .
Demo version is available as keyless license, is limited in time and features but can be useful to try XGSLab.
back

Does XGSLab includes a support?

Is XGS easy to use?
Very easy with basic applications, as for instance for grounding systems analysis with GSA. Advanced applications requires an adequate knowledge of the subject but anyway XGS User’s Guide and Tutorial can help also beginners. Experience shows Users expert with competitors tool are able to use XGS immediately or, at most, with a few hours of web training.

Is XGS convenient?
XGS is convenient because the price is usually lower than competitors and training is web based, with interactive 1 hour sessions, and so really affective and cheap.

What are software and hardware requirements?


XGSLab is designed to operate on personal computer (PC) having the following software and hardware requirements.

XGSLab works on Windows 64-bit?
XGSLab is distributed both 32bit and 64bit.
The 32bit version has better perfomance in terms of speed but it suffers some limits of memory (eg. 2GB).
While 64bit version is fast in calculation and it can manages all available memory (suggested).

What software apart from XGSLab is required?
XGSLab comes with Microsoft Server SQL Compact Edition, and Microsoft .NET Framework 4.5 as well.
Both these softwares are installed with XGSLab.
back

Does XGSLab require any hardlock?
XGSLab requires a USB protection dongle shipped via courier.
Delivery time is usually in the range 1 – 4 working days. The program can be downloaded from our helpdesk web site.

XGSLab single user license may be installed into any number of PC’s, but only the PC with the USB dongle attached can be used.

In network version license, the USB protection dongle has to be plugged in a Server of the local network. The Network license allows to use XGSLab on the local network simultaneously by a number "N" of users depending on agreements. User "N+1" can use XGSLab when one of the active users stops running the licensed software.

Which are the specific standards that XGSLab uses?

XGSLab is based on physic laws and uses standard only in some specific circumstance, for instance.
Touch and Spep Voltages limits:
Conductor Sizing:
Current to Earth evaluation:
Reference Standards considered by XGSLab are accepted in many countries in the world.

What is the frequency range of the phenomena that may be studied by XGSLab?

XGSLab can be applied in a frequency range from DC to a few MHz.
A few MHz means about 10 MHz but validations indicate that in some cases, calculations are precise also at 20 MHz and more, depending on the soil resistivity.
In any case, the limit a few MHz is limit is conservative and should not be understood in an absolute sense.
This limit means that starting from a few MHz, calculation accuracy gradually decreases.
The frequency range from DC to a few MHz contains all power system frequencies and the most significant frequency spectrum of the electromagnetic transient as represented in the figure (corona effects are clearly out of the application range).

Why the double layer soil model is so important? 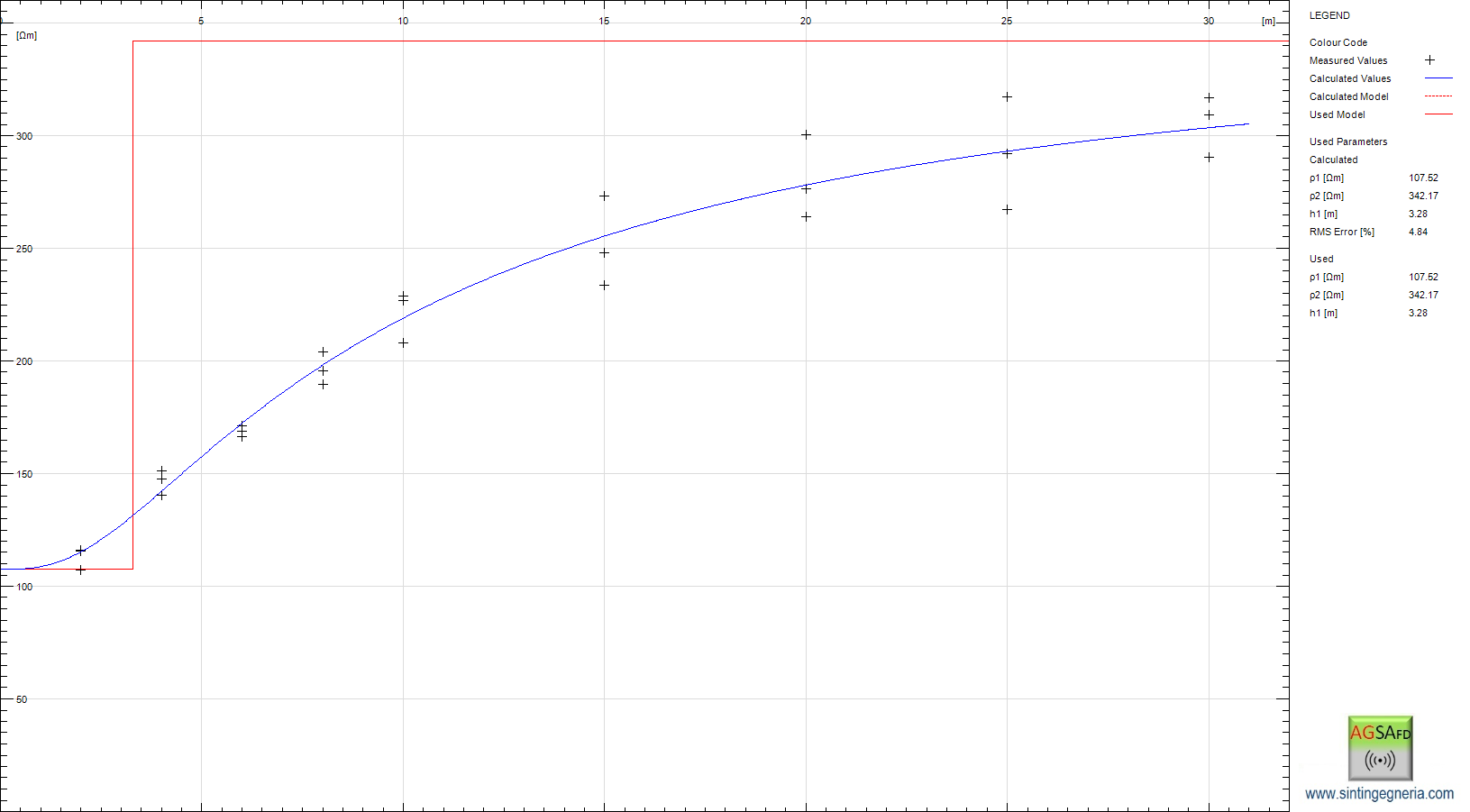 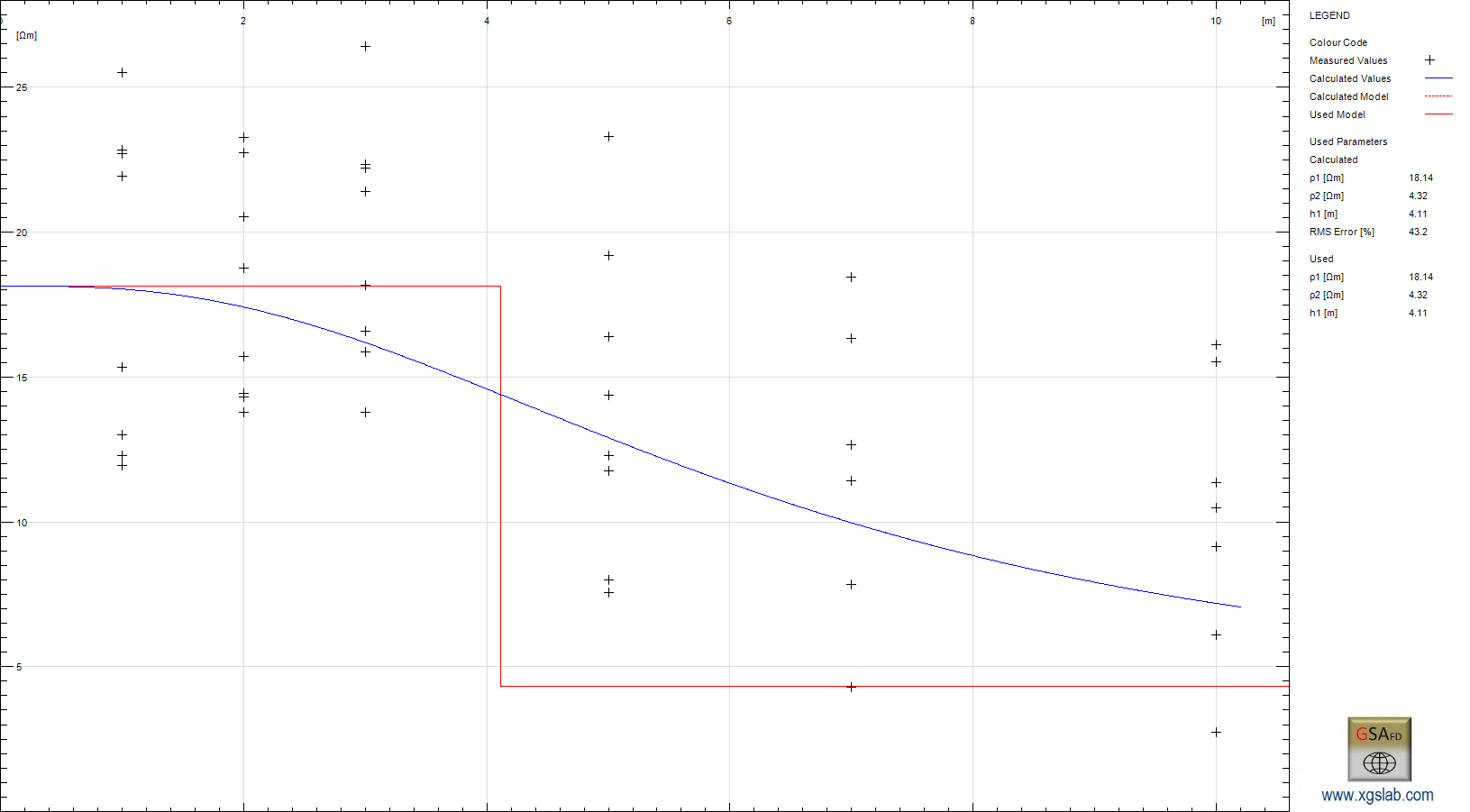 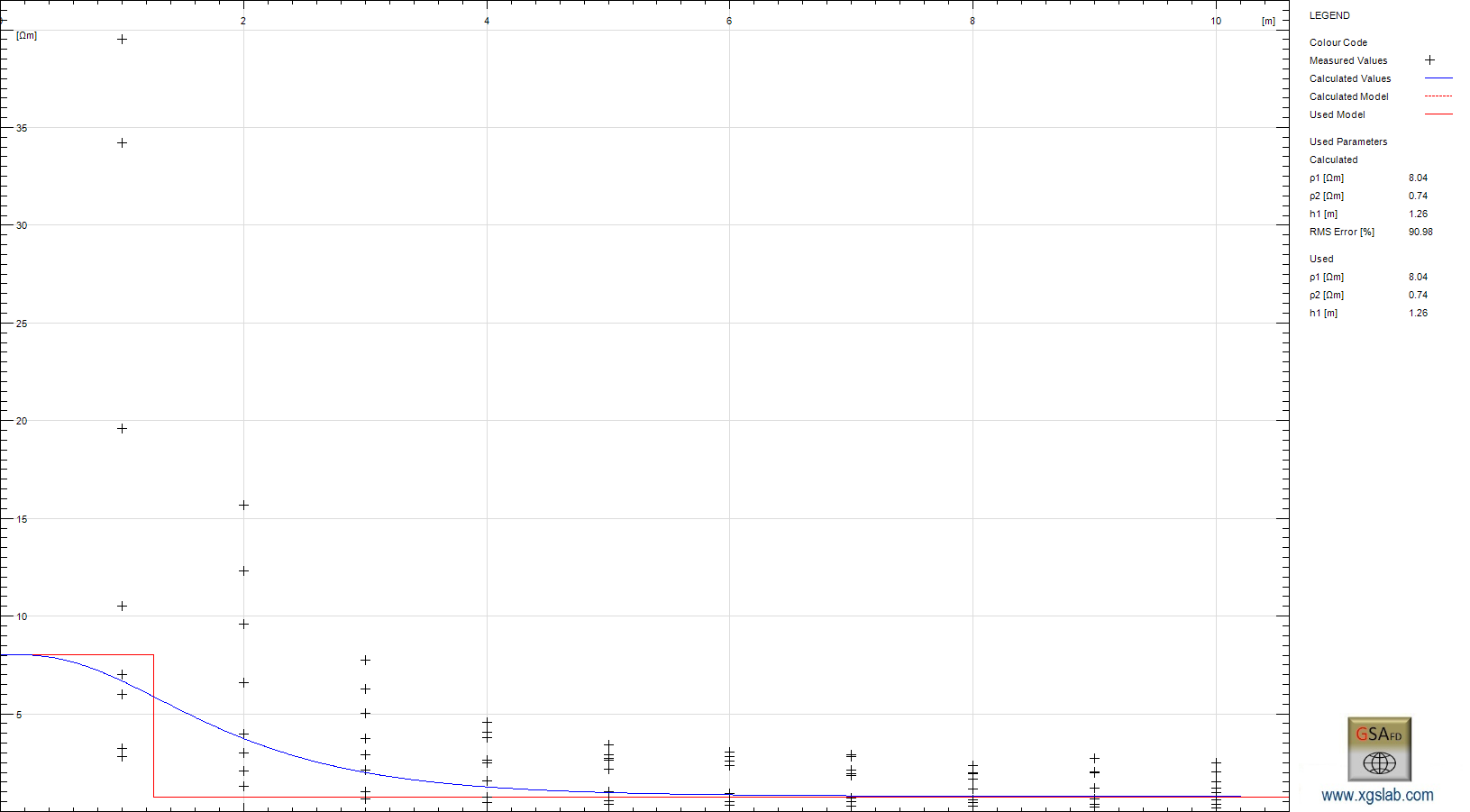 Why is so important to consider soil parameters frequency dependence?

Why is so important a model that considers both self and mutual impedances?

Is it possible modeling the soil using soil resistivity measurements?

Yes, it is possible to use both Wenner and Schlumberger resistivity measurements to obtain the soil parameters of uniform and multilayer soil models with an arbitrary layers number.
The on field measurements may be directly entered into the software including information about buried length of probes.
The algorithm to obtain soil parameters starting on resistivity measurements is based on the Trust region method and is very powerful and accurate and can manage constraints on results (results inside a given range).

What do “too short element” error and warning message mean?

First of all you have to consider this general principle: XGSLab works with “thin” elements. With the adjective “thin” we mean that the length of the element must be much greater than its diameter. We remind you of the fact that the element length depends on the number of divisions of the span that generates that element and on the possible crossing by the span of the soil layers surface division. The element diameter is obviously the same of the span’s.
In Debug session, among all the controls, there is also the control that elements are thin enough. To judge this we have chosen the following:
Warning message does not stop you because it is just an advice. Consider that this does not affect the calculation very much in all cases but especially if the number of the spans found with this warning is low in comparison to the total amount of spans.
You can easily understand that if you want to solve this warning you have to choose one of these alternatives:

And at the same time you have a double layer soil model with h = 1.9 m. In this case you have 2 elements 0.95 m long in the top layer and 1 element 0.1 m (=100 mm) long in the deep layer. This last element generates a too short element error because 20/100 > 1/6 and in this case you obtain nothing by lowering the number of elements to 2. So, in cases like these you have to force the diameter to a lower value (< 10mm) or force a slight modification in the soil model by setting h >= 2 m.

What is the value that I have to input for Re in earthing currents tool?

The preliminary calculation necessary to calculate Re is a proper calculation that has to be held with the soil model and with the layout that have been input for your project. The only arbitrary data is IE because in this case you have to choose an arbitrary value (usually 1 A) just to be able to obtain a value for RE. Once you have obtained RE you can use it to re-evaluate (in the tool Earthing Currents) the value for IE. Finally use the value that you obtain to set definitively the current and start the right calculation.
this is the procedure: 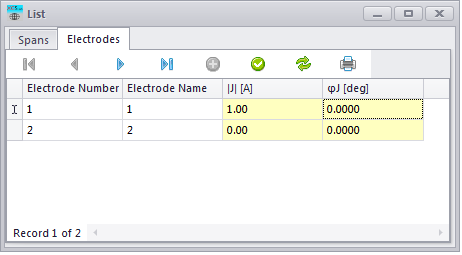 How can I read the elements table?

The table can be exported in .csv format by clicking on “Export” in Results page of the panel

When you read the element table consider the meaning of the following headers:

w: 0 for horizontal elements, 1 for vertical